back to search results
Prev Next
Less Info
Add to Lightbox

A pair of endangered Scarlet Macaws ( Ara macao cyanoptera ) keep watch from their nesting tree near the Raspacullo river, Belize. A subspecies of the Scarlet Macaws in South America (Ara macao macao), there are an estimated 150-200 wild Scarlet Macaws in Belize. In 2003 the controversial Chalillo hydro-electric dam was built, resulting in the flooding of the only known area in Belize where Scarlet Macaws nest. Formed in 2012, the volunteer run and funded Scarlet Six Biomonitoring Team, a small team of community rangers, was formed out of a dire need to help protect the macaw chicks from heavy Guatemalan poaching.  In 2011, almost 90% of the active nests in the area were poached by Guatemalans, this number is now down to 30% due to their regular patroling of the nest sites along the rivers, via boat and on foot, and their very visible presence. 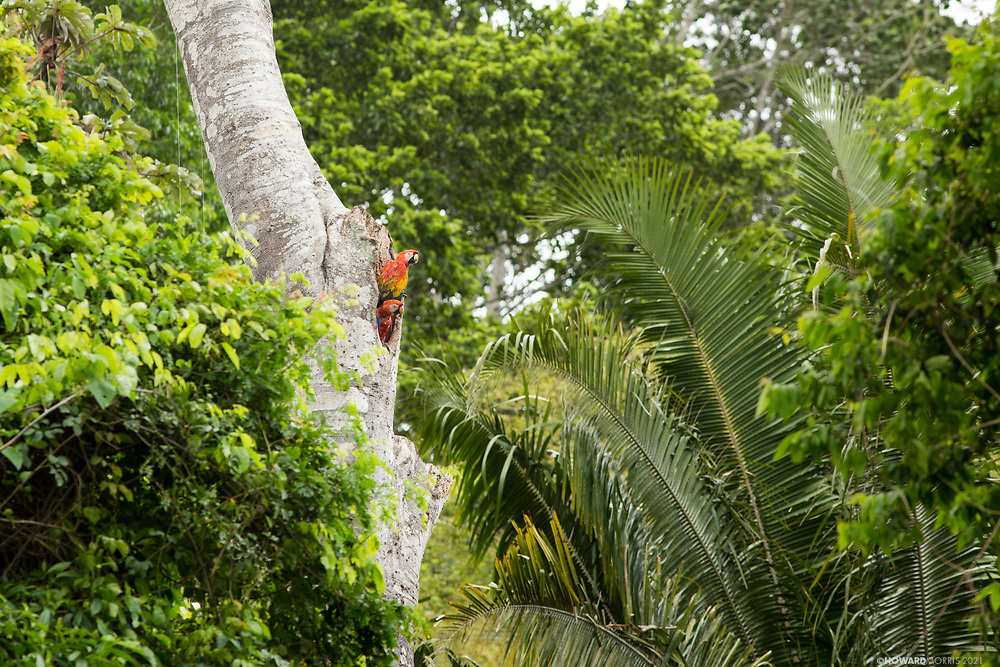